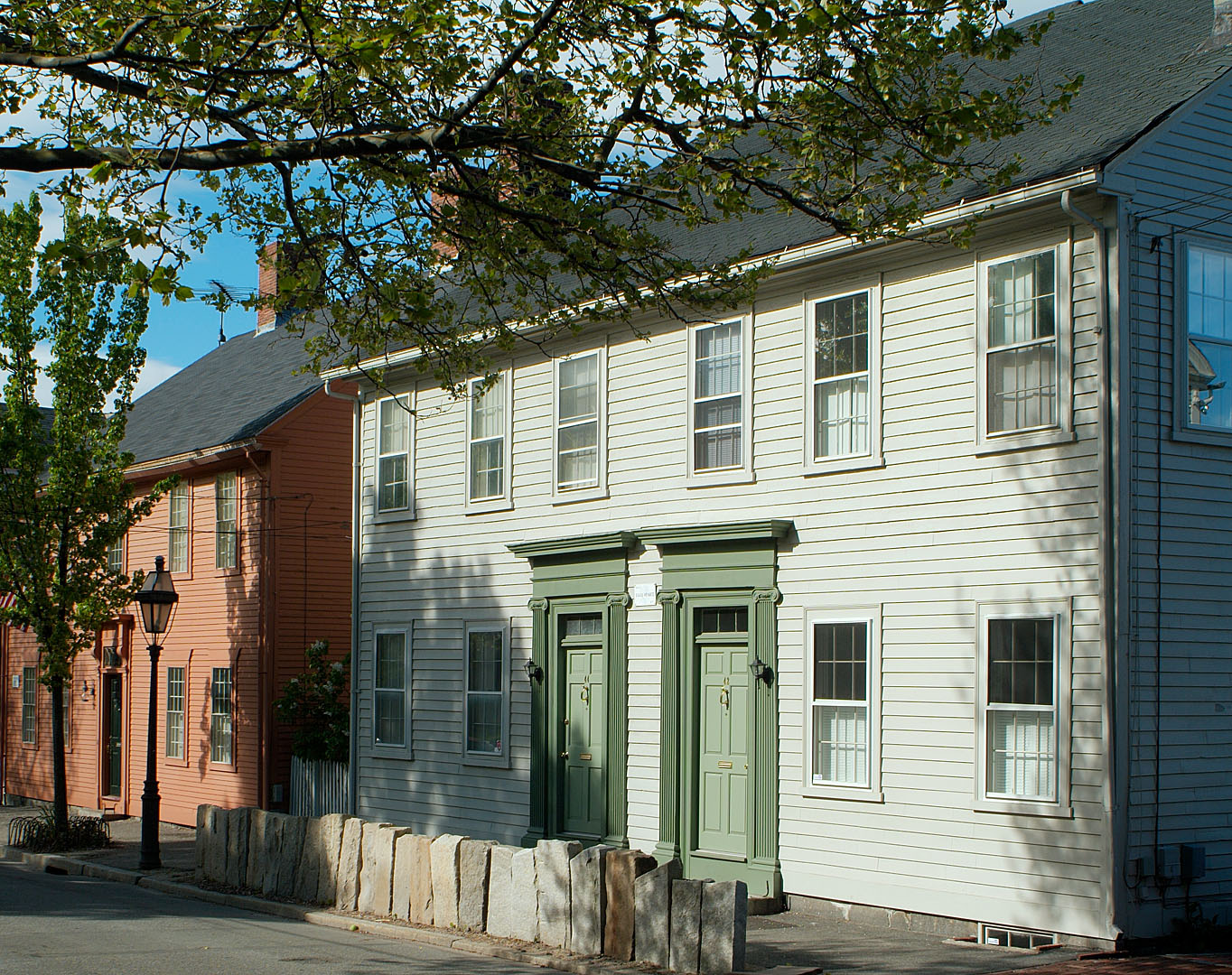 Double houses began to appear in Providence in the early years of the nineteenth century (Sweet-Rhodes & Church-Pearce Houses); the delicate columns framing the principal entrances here are particularly winsome. Pearce, who lived next door at number 48, employed Warren, Tallman & Bucklin to build this as an investment. In 1854, his daughter Caroline and her new husband, architect Alpheus Morse (1818-1894), moved into the southern half, where they remained for the rest of his life. Directly opposite the foot of Jenckes Street (which, as was common, takes its name from the adjacent property owner), this unfortunate house has been slammed several times in recent years by cars and a garbage truck careening down the street, which was recently been made one-way uphill. The granite blocks in front, sturdy though they seem, have not proven particularly effective in deflecting wayward traffic.

© 2021 Guide to Providence Architecture. All rights reserved. Design by J. Hogue at Highchair designhaus, with development & support by Kay Belardinelli.