This district reflects the broad patterns of history in Providence from 1875 to 1953. The District was planned as a typical “streetcar suburb” with its 4,000 to 5,000 square foot lots arranged in a rectilinear grid pattern and relatively narrow streets as well as several broad avenues of which Humboldt is one.

We’re glad you’ve decided to join us today to explore one of the most vibrant historic neighborhoods in Providence. As a resident of the area since 1990, it’s a part of the city I know well. When we moved to Providence from another state, my wife and I chose the Wayland neighborhood for its scale, culture, and history. Since then, the Wayland Historic District has been added as a listing in the National Register of Historic Places, and its architecture, along with the varied conveniences of Wayland Square, combine to make it an exceptionally attractive urban setting.

As you tour, we hope you’ll find inspiration in these creative examples of contemporary living in historic buildings. With today’s emphasis on all things “green,” including buildings, there are no better examples of efficient “reuse” and “recycling” than what these owners have done, and are in the process of doing, to extend and continue their properties’ active lives, some into their second centuries.

PPS has actively advocated for the city’s historic buildings for more than five decades, since its founding in 1956. The city’s remarkable historic architecture ranks high among its distinguishing features for both visitors and residents. The board of trustees and staff join me in thanking you for endorsing the value and importance of historic preservation in Providence through attending today’s tour. We invite you to consider joining PPS as a member or renewing your membership support if you are already a member, and we look forward to seeing you again at future events.

Properties on this Tour 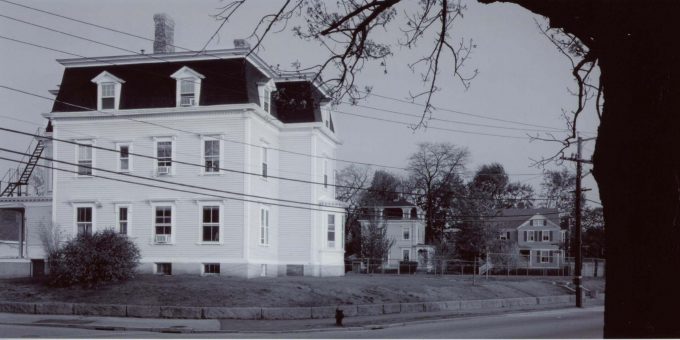 © 2023 Guide to Providence Architecture. All rights reserved. Design by J. Hogue at Highchair designhaus, with development & support by Kay Belardinelli.