The History of the Paterson Park Neighborhood

Prior to the establishment of the present-day neighborhood of Paterson Park, the area was part of a large tract of farmland owned by Moses Brown, who acquired the property from John Merritt in 1772. Called Elm Grove Farm, Brown spent his final years on the property, and the land around it was largely undeveloped.

A road cut through the land, connecting the central business district to East Providence via the Central Bridge, built in 1793. Also known as the Moses Brown Bridge, it was replaced by the Red Bridge in 1871, which was replaced again in 1895.

After Brown’s death in 1836, his great-grandson, Moses B. Jenkins inherited the property. By that time, it included numerous outbuildings, two barns, and the mansion located at about the intersection of present-day Wayland and Humboldt Avenues. The mansion would later burn in a fire in 1865.

By 1861, Jenkins had the property platted into small lots to sell to developers. The following year, the land was re-platted by civil engineer Charles Paine and called Blackstone Park Plat. Development was slow at first, with a handful of houses constructed closest to Blackstone Park along Oriole and Angell Streets.

Paine’s layout of Blackstone Park Plat was a significant break from development seen in other parts of the city. It followed the ideals of Olmsted, with roadways in a curvilinear fashion, more winding roads along the Seekonk River, and a focus on the area’s topography. Blackstone Park was established in 1866 through a donation by Moses B. Jenkins, but fell into disuse and neglect by the early 1900s. By 1908, area residents petitioned for improvements to the park. In 1912, the state proposed purchasing part of the park land to use for improvements to the Red Bridge. Again, residents petitioned. The Providence Journal described the land as an “unspoiled beauty spot” that avoided being ruined by poor city planning. The park was saved, while the state retained ownership of some of the land. The neighborhood was named Paterson Park, after Paterson Street – formerly Grand Avenue until 1899. It is unknown why the street was renamed, or how the Paterson reference originated.

After 1894, cable cars were able to access the neighborhood. They were powered by a large plant near the Red Bridge, allowing the streetcars to negotiate the steep incline of Angell and Waterman Streets at the base of College Hill. Development peaked by 1930 with the aftermath of the Great Depression, halting new house construction. Throughout its history, the neighborhood has attracted residents of various professions: physicians, nurses, educators, and bankers. It remains largely a professional and academic neighborhood.

2019 Festival preview lecture by Jim Barnes, AIA, From Central Bridge to Paterson Park: The evolution of a neighborhood through maps, streets, and houses + presentation slides.

The 2019 Festival was generously sponsored by:

Properties on this Tour 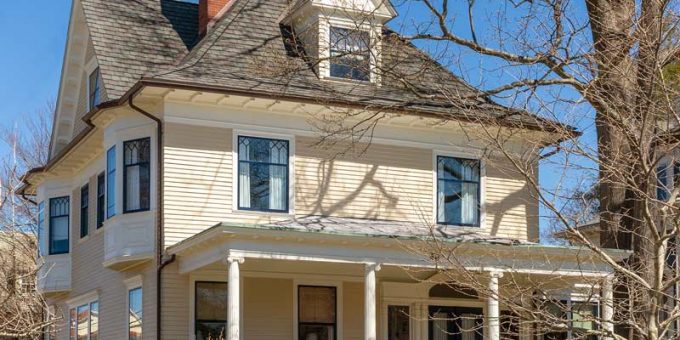 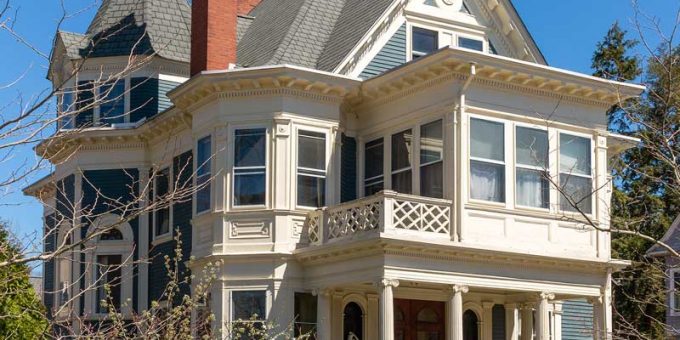 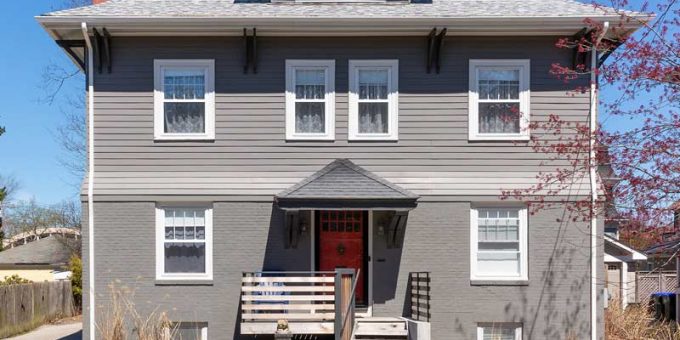 © 2020 Guide to Providence Architecture. All rights reserved. Design by J. Hogue at Highchair designhaus, with development & support by Kay Belardinelli.